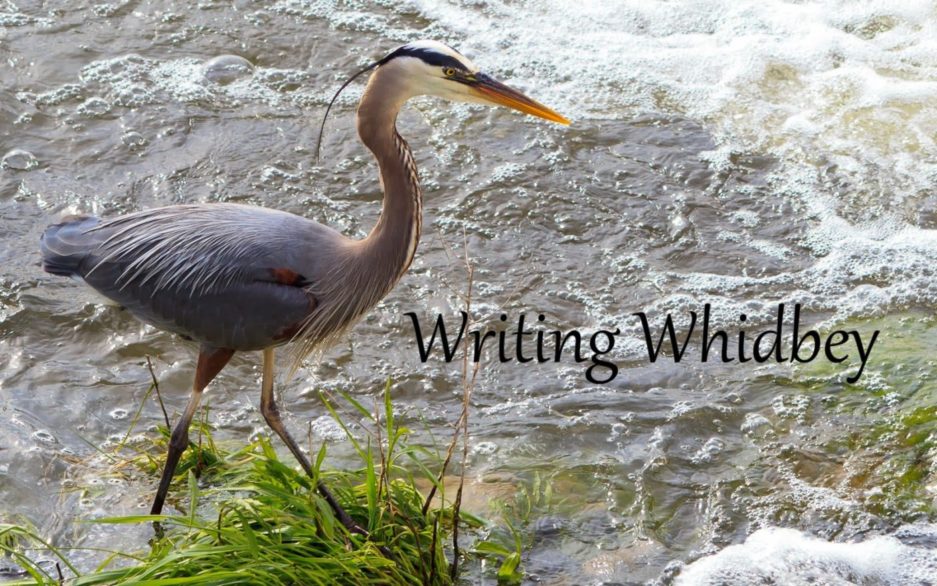 When you live on an island in Washington State you are sustained by the sea.

Whidbey is a long, narrow island at the northern end of Puget Sound in the middle of the Salish Sea. As you drive from one end to the other you see farms, small towns, forests and water. Always water.

Seagulls thrive here. They bob along the shore diving for fish. They roost on power poles, roofs, boats, and an occasional car. Their squawks and shrieks fill the air as they scavenge and play.

A wide range of sea life shares itself with islanders. Unfortunately, not all of it is thriving.

Orca whales that reside in Puget Sound are in crisis. Southern residents number less than 80. Some years there are no new calves and other years, like 2018, calves are born, but don’t live. And although whales are long-lived there have been deaths of older residents too.

This month two whales show serious signs of starvation and aren’t expected to live much longer without human interventions. Rescue plans and the teams ready to carry them out were delayed by the government shutdown. (Seattle Times Jan. 18, 2019)

A long list of problems represent the complex issues related to the health of local whales and of the environment in general. For Orcas a lack of food, toxins dumped in the sea, noise from oil tankers and navy jets, and signs of collapse within the marine ecosystem have created the current crisis.

On Whidbey, we follow sightings of the Orca and are thrilled to watch them from bluffs and beaches as they feed and play. We are nurtured by the presence of these giants. Many islanders and mainlanders have committed to helping the whales by lobbying politicians, writing letters and articles, and by living with less detrimental impact.

Orca whales in the southern pod are in crisis. Time to take care of our neighbors.

I’ve been thinking about bees.

In The Secret Life of Bees by Sue Monk Kidd, we see the bees flying for joy in Lily’s bedroom. They shine in the dark and fly “for the feel of the wind”. Those bees aren’t working, they’re soaring just for the pure joy of it.

That’s what I feel when I’m writing. Pure joy.

I’d like to share the fun with you. I’m just tidying up a middle grade adventure and there are additional stories in the works. So I’ll write about my writing.

I’ll also be learning about the business end of writing. That means professional groups, conferences, cover letters and first chapters, finding the right agent and working to make the book a success. Let me share my experiences with you and you can join in with questions and tales of your own.

As the blog develops I’ll include reviews of books that I dive into. Books about how to write, books about the business end of a novel, books that are fun to read and that have great form as well.

Since I live on an island that nurtures stories there will be articles about it as well.

Welcome to Writing Whidbey. I’m ready to fly are you?